the half life of timofey berezin pu 239 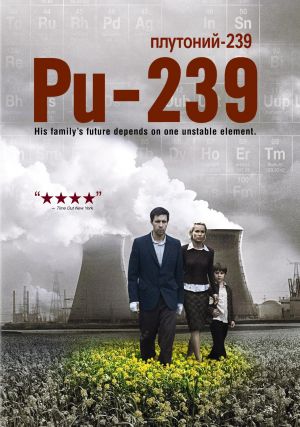 This movie was released here in the US, though HBO, as Pu-239. It is based on a short story with the above title.

Poor Timofey, he works as an engineer in some type of reactor. There was an accident, and he was exposed to 1000 REMs in a few minutes. They read this from his Dosimeter which I though was cool. This isn’t about his half-life, but the very painful last two days of his life while he tries to obtain enough money for his family to live on.

How does he plan on getting a large sum of money? By selling 100 grams of very pure (he says its 100% pure) super-grade Plutonium. Well, he tries to sell it, by standing in a open market with a cardboard sign.

There are many aspects of this movie that I really enjoyed, mostly I’m a sucker for long monologs and voiceovers. I have no idea why, thats just something I like. It also focuses around a moral entanglement, which is essentially, would you steal to provide for your family?

Good movie, I don’t have HBO but man, the internets kick ass.